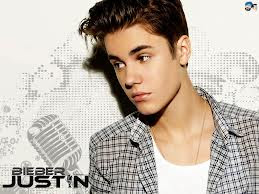 2013 hasn’t been the best year for teen heartthrob, Justin Bieber. His girlfriend of 2 years, Selena Gomez, left him. He’s gotten in several run-ins with the law, and his good role model image has been marred by reports of hard partying, violence against paparazzi, and drug use. It seems his team is finally trying to wrangle him in, thankfully, and part of his re-invention is his recent decision to join several other celebrities to urge President Obama to revise American drug laws.

Russell Simmons has posted an open letter to the President urging him to “revamp the policies of the last 30 years that have seen the prison population skyrocket.”

"The greatest victims of the prison industrial complex are our nation's children. Hundreds of thousands of children have lost a parent to long prison sentences for non-violent drug offenses, leaving these children to fend for themselves," Simmons continues.

Bieber took to his Twitter account to re-tweet Simmons’ open letter, adding “I’m going to always keep encouraging people to move in the right direction".....
Posted by Unknown at 11:50