What Good Friday Really Means To A Lot Of People.


Friday, which is a part of the Christian’s Lent Season, is the commemoration of Jesus’ suffering and crucifixion. Christians believe Jesus laid down His life so the sins of the world will be forgiven.

In the United States, Good Friday is not considered an official holiday but recognized by many as the day of mourning. So, jobs and classes will continue as usual but Christian schools may hold a mass early morning. Majority of Christian churches offer services and prayer vigils. Catholic devotees conduct processions, known to many as Stations of the Cross, reenacting what had happened to Jesus while on his way to his death.

This year, Good Friday falls on March 29th. It is during this day that many believers would commit themselves to fasting, which includes not taking in or reducing the amount food, and abstinence, no-meat meals. Candles are often extinguished, and images, paintings or crucifixes are draped in black or purple cloth. 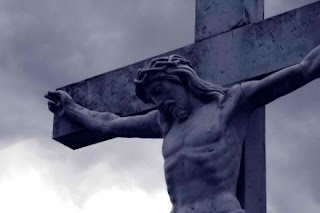 Based on Christian history, the Lenten Season in the Christian calendar begins during the Palm Sunday when devotees celebrate Jesus’ entry into Jerusalem during His time. On Maundy Thursday, also known as Holy Thursday, Jesus (who was believed to be the Son of God) had His last supper with His apostles. It was also during that night that He was handed over to the authorities for trial by Judas.

The following day, He was sentenced to death by crucifixion by Pontius Pilate. Prior to the painful journey to Jerusalem, He had to be scorned according to the tradition of Rome. He had to take a beating to make him weak and suffer even more by the time he would be forced to carry his cross to the place where He would breathe His last breath.

According to many Christian researchers, Jesus died at around 3:00 in the afternoon. Two days later, His body disappeared from the tomb. Faith tells Christians of today that Jesus resurrected two days after His death that is why there is another joyful celebration called Easter that symbolizes Christ’s resurrection and triumph over death.

Good Friday actually shows how deep is the faith of Christians to the person whom they believe is divine. Historians, however, said that Jesus was condemned to death not because of His divinity at that time but because he was posing political threats to the Roman Empire. In fact, His death was a conspiracy and if the history about his apostle Judas were true, at least, one of His followers conspired against Him.

By the time He was on the road to preach, He was considered a politician, a physician after curing some illnesses, a revolutionist, an activist, a priest and even thought of as a necromancer after few instances of raising dead people back to life.

But for Christians around the world, He is God.

So, I pray that this Lenten Season brings peace to Nigeria....AMEN!!!