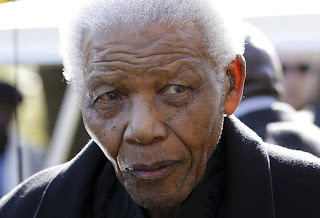 Former South African President Nelson Mandela has been re-admitted to a hospital due to the recurrence of his lung infection, the country’s Presidency said on Thursday.

Asking people to pray for the 94-year-old anti-apartheid hero, the Presidency said Mr Mandela was admitted to the hospital just before midnight on Wednesday, for the third time in four months, where doctors are “ensuring that he has the best possible expert medical treatment and comfort.”

It appealed “for understanding and privacy in order to allow space to the doctors to do their work.”

Earlier in March, Mr Mandela spent a night at a Pretoria hospital where he underwent a successful medical examination.

Three months ago, he was admitted for 18 days for treatment of a recurrent lung infection and surgery to extract gallstones.

“We appeal to the people of South Africa and the world to pray for our beloved Madiba (Mandela) and his family and to keep them in their thoughts. We have full confidence in the medical team and know that they will do everything possible to ensure recovery,” he said in a statement.

The Nobel Peace Prize laureate served as South Africa’s first black president from 1994 to 1999 and is widely regarded as the father of the nation for leading the struggle against apartheid and for democracy.....