PS4 Is "Gigantic Leap For The Industry", EA Exec Says. 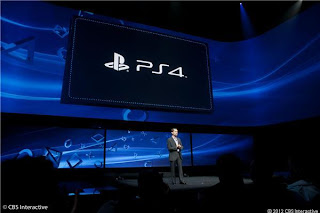 Sony's PlayStation 4 is a major step forward for the games industry, according to an Electronic Arts executive.

Speaking yesterday at the Morgan Stanley Technology, Media, and Telecom Conference, EA Chief Technical Officer Rajat Taneja said that the PlayStation 4 has "8 to 10 times the power" of current-generation consoles, making it a "gigantic leap for the industry."

The company said the console will offer a gaming experience superior to current-generation devices, thanks to its eight-core X86 AMD Jaguar CPU and 1.84-teraflop AM Radeon graphics engine. The console will also come with a Blu-ray drive and 8GB of GDDR5 memory. What was lacking from Sony's presentation, however, was the console itself: it was a no-show.

Taneja didn't discuss the look of the next PlayStation, but lauded its ability to make games better and developer lives a bit easier.

"We no longer have to constrain our games or ration computer graphics, memory or bandwidth," Taneja reportedly said. "We can let the games really flourish [in] 1080p, 60 frames a second."

Taneja added that things that now takes "months" to develop will only "take days" with the new console.

Sony's PlayStation 4 is slated to launch in the fall. Sony hasn't said when it'll actually show off the console, but it's expected to make an appearance at some point in the next few months.....