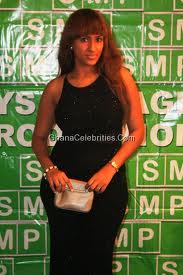 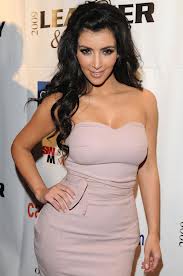 She says she doesn’t see why Darey would ‘pay so much money and fly Kim K down to Nigeria just for a 45 seconds intro’ on his Love Like a Movie concert, which held on Sunday, February 17, 2013.

Venting on her Instagram page, the actress said that Darey could have flown her in from Ghana and she would have ‘represented.’

‘Ok here’s my 2cents! Been reading comments about Darey’s concert and to be honest I don’t see why he will pay so much money and fly Kim k down to Naija just for a 45secs intro on his show, like seriously! Bro, u could hv flown me from Gh and I would have represented! What did Kim k do for the 45 secs ? She stood and told a senseless story, I could have stood and told a sensible story about Ghana on a Nigerian stage!', she wrote.

She also went on to say that African show promoters should shun foreign entertainers and focus on working with more African talents.

‘Lol no hard feelings but its about time we start appreciating our very own African talents then paying all these foreigners so much for 45seconds performances. Check me out, way hotter than some of them peeps una Dey pay big bucks for nothing better. #wordofadvice #momentoftruth‘

Reacting to a comment on her Instagram page after she expressed her dissatisfaction at show organizers paying for the TV reality star to make an appearance at the Darey ‘Love Like a Movie’ concert, Miss Ibrahim stated:

‘The fact is and will always remain I, Juliet Ibrahim is 100 times hotter, prettier than Kim k! I have every right to say so Cus I am an African woman without any surgeries and natural beauty is what I brag of. If this is offending u pls kindly walk without your faulty specs and bang your head into a wall'