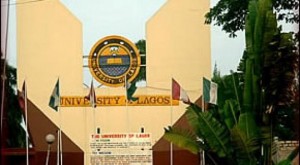 Though the university did not state any reason for the postponement, sources claimed that the development followed President Goodluck Jonathan’s insistence to rename UNILAG as Moshood Abiola University of Lagos and effect the change in its certificates as a condition for holding the convocation.
Jonathan on May 29, 2012 renamed UNILAG after the late Chief Moshood Abiola as a mark of honour for the acclaimed winner of the June 12, 1993 presidential election.

The announcement was greeted by protests, with the students demonstrating, and the alumni association asking a Federal High Court, Lagos to restrain the Federal Government from renaming the institution.
But the university, our correspondent learnt, had been insistent on retaining its name pending the outcome of different suits filed in court.

Sources close to UNILAG authorities told our correspondent in a telephone interview on Wednesday that the university decided to postpone the convocation because the President said he would not attend the convocation except the name change was effected.
Our correspondent learnt that the institution sent a letter informing the President as the Visitor to the university about the convocation through the Federal Ministry of Education since last year.
Jonathan, it was learnt, told the ministry that UNILAG was not known to him and as such would not honour the invitation.

It was learnt that the Vice-Chancellor of the school, Prof. Rahamon Bello, had travelled to Abuja to meet with the minister over the issue.
An official of the school’s Information Office, who spoke to our correspondent on the telephone on condition of anonymity, said, “There is no truth in that. Normally if you pick a date for convocation, you have to send it to the Visitor and the Visitor will confirm if the date is convenient, that is what is happening in this case; it is nothing strange.”

Asked when the ceremony would hold, the source said, “I don’t know yet. I guess by tomorrow there could be a specific thing to say on the date.’’

In challenging the name change, the alumni association claimed that the President erred in renaming the institution without following due process, explaining that since the university was established by an act of parliament, the President could not unilaterally rename it.

But the President sent a bill to the National Assembly asking it to effect the name change. The bill passed through the first and second reading at the Senate before the court stopped the Federal Government from further action until the determination of the case before it.

“This position was enough a sign for the Minister of Education, Prof. Ruqquayat Rufa’i, not to reply the university,” the source said.

Meanwhile, a statement by the Deputy Registrar, Information, Mr. Oluwatoyin Adegbule, said, “The authorities of UNILAG wish to inform all members of the university community and the general public that the golden jubilee convocation ceremonies will not hold at the university’s normal convocation period (January 17-19, 2013).”