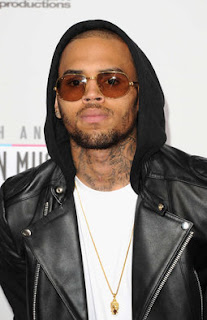 
Brown is serving five years probation for assaulting his on-and-off girlfriend Rihanna in 2009 and risks having his probation revoked should charges be filed.

In the incident on Sunday, sheriff's deputies responded to a call about a fight involving six men in West Hollywood. The deputies cited witnesses as saying that the Grammy-winning Brown, 23, punched Ocean during the brief altercation.

No charges have yet been filed, but Ocean "is desirous of prosecution in this incident," said Los Angeles County Sheriff's spokesman Steve Whitmore.

Ocean, 25, who is nominated for best new artist and best record for "Thinkin Bout You" at the Grammys in February, said on Twitter on Sunday night that he "got jumped by Chris and a couple guys." He said this resulted in a cut finger.

The "Look at me Now" singer has attempted to rebuild his career and public image since 2009, but his entourage and that of Canadian rapper Drake were involved in a June 2012 brawl in a New York nightclub. No arrests or charges were brought in that case.

Brown and Ocean are both nominated in the best urban contemporary album category at the Grammys, which take place on February 10 in Los Angeles.....