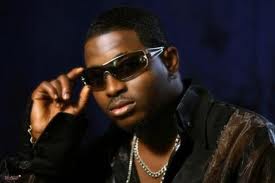 Olu indeed had an eventful 2012. His last single, NAWTI was one of the most popular songs of 2012. The song won him several awards including Best Video of The Year at the Nigeria Entertainment Awards in New-York and Best Reggae/Dancehall Video of the year at Nigeria Music Video Awards. And now, Olu is sure ready for greater exploits in 2013 with the release of two songs in the beginning of 2013.

The two songs are titled, Hypnotize and Oya Dancia. Hypnotize is a well crafted melodious song with well arranged strings and horns that will mesmerize first listeners. The smooth vocal delivery of Olu and Olivia on the song makes it a classic collaboration and one of the songs that will rule the airwaves in 2013. Oya Dancia is a party starter and definitely one of the songs to rule the parties in 2013. The DJs definitely can’t resist the influenece of Fatman Scoop on the song.

With these new songs, Olu is ready to start his career in 2013 on a very high note. Speaking on the new songs, Olu said it is high time he dropped something new. “It is public knowledge that NAWTI was well accepted and even till now, the song is still in high demand.

I’ve been getting lots of calls and messages from friends and fans asking me when am I releasing my next singles and I thank them all for the love. The two songs I’m releasing now are part of the songs on my album titled, Choosen One and I’m very sure a lot of people will enjoy it as much as they enjoyed NAWTI. It is a great way to start 2013".
Posted by Unknown at 22:33