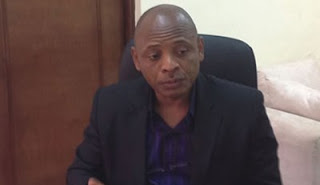 In its bid to ensure that Lagosians have smooth ride driving  within the state, the Lagos State Traffic Management Authority (LASTMA), Wednesday unveiled new plans to manage traffic gridlock on the roads.

This came as the agency also deployed more officers to traffic-prone areas in the state with the aim of ensuring general road safety.

Speaking at Ogudu Ori-Oke area of Kosofe local government area during the traffic management exercise, tagged: ‘Operation Unlock the Gridlock’, a renewed approach to manage traffic, especially in the traffic-prone areas, LASTMA General Manager, Mr.  Babatunde Edu, said the action was in line with the agency policy in the year 2013 to identify traffic prone areas with a view to unlocking them so that motorists would spend less time travelling within the city.

Edu, who led top officials of the agency to the flag off exercise, pointed out that adequate research and information have been gathered by the agency to determine the best approach and solution to each traffic problem, and the agency will apply scientific solution to the peculiarity of each area.

Noting that continued influx of more people and vehicles into the state necessitates periodic traffic review of traffic management plans, he maintained that with the new plans, travelling within the state during peak period will be less tedious.

He stressed further that some roads have been converted to one-way, just as some diversion points have been reviewed to enable free flow of traffic and save travel time of the motorists.

“It is part of the year agenda to unlock all the gridlock in the metropolis. We have received complaints from residents on the flash points, notable for traffic gridlock.
The thrust of the whole exercise is to look at how best we can use the road and have a sustainable culture of road usage.

“The ongoing construction works should not be an excuse for any motorist to cause traffic, we all have to sacrifice and be disciplined, while using the road. That is one of the reasons we are out to control traffic in the places where road and drainages construction work is ongoing,” he said.
According to him, “before the end of the week,  we would also mount road signage in some of the roads  to further inform motorists on the traffic directives.”

Edu, however, urged motorists in the state to cooperate with the traffic officers, saying LASTMA was not resting on its oars to ensure free flow of traffic in the state despite continuous influx of vehicles  into the state.

“We don’t have to wait for the uniformed men before we do the right thing. The sight our men on the road should not elicit fear from motorists, if we all adopt the culture self-discipline on the road usage,” he added.

He enjoined motorists and residents of Ogudu Ori-Oke and its environs to cooperate with LASTMA as measure was to ameliorate the hardship they always experience when moving in and out of the area.

With this development, motorists from Lagos Island coming to Ogudu will turn right at the first turning by the Ogudu bus stop to climb the bridge or enter the estate.
Edu called on the motorists to observe and obey the road signs to guide them properly on the road when driving. The agency said it will soon move to Iyana-Ipaja and other areas in continuation of the exercise to solve the perennial traffic jam in the axis.