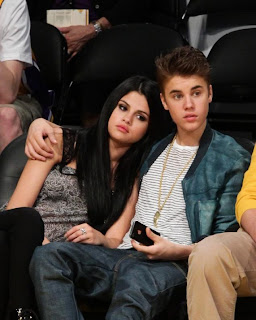 Selena Gomez and Justin Bieber have been on-and-off since November.


Justin Bieber’s winter holiday getaway with Selena Gomez seems to have put the chill on the couple’s rocky relationship.

The pair, who was photographed kissing and snuggling up to one another during a pre-Christmas trip to Salt Lake City, is on the outs again, a source told the Daily News.

Bieber, 18, and Gomez, 20, flew to Mexico to celebrate New Year’s Eve together but before the two could ring in 2013, they had a nuclear argument that caused them to go their separate ways, the source said.

Gomez reportedly flew out of Mexico on Dec. 30, while Bieber opted to leave the following day. The source adds that the two have yet to see each other since their fight.

“They keep breaking up and getting back together,” the insider told the News. “It's an on-again, off-again relationship. It's probably not correct to characterize this as a final breakup."


The Canadian crooner’s relationship with the Disney starlet has been on thin ice since November, when they first called it quits on their two-year relationship.

The two have tried to make things work, however, stress from their relationship appears to be taking a toll on the Bieb’s career.

“She’s been giving him a really hard time,” an insider said “She’s been partying without him, and it drives him crazy.”....