Janet Jackson To Recieve $500m If She Stays Married For At Least 5 Years. 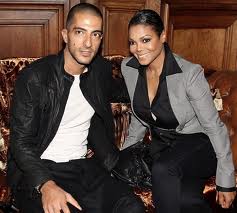 According to new reports Janet Jackson, 46, stands to receive $500 million if she stays married to her billionaire fiance, Wissam Al Manna, 37, for a minimum of five years.

The singer was due to marry Arab multi-billionaire Wissam Al Mana but their lawyers could not organize the prenuptial agreement in time.

Twice-married Janet has amassed a fortune of £93.5million from 10 hit albums and six major tours while Wissam is one of the richest investors in the Middle East where he represents such fashion and style icons as Hermes and Sonia Rykiel.

He is also a major shareholder in Saks Fifth Avenue stores in Dubai, Doha, Bahrain and Kuwait.

“Janet will be marrying into the sort of wealth not even her brother Michael managed to amass during his lifetime of success,” said her friend. “She’s looking forward to a fairytale life with Wissam.”

Should the fairytale turn sour then the agreement still being worked on is reported to guarantee Janet, 46, a “kiss-off” of half-a-billion dollars (around £312.14million) if they divorce after a minimum of five years.