How 2Face Beautifully Proposed To Me. 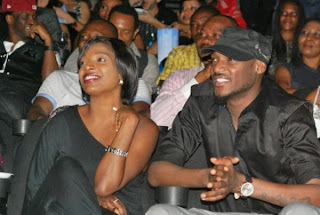 The wife of the iconic African pop star, Annie Macaulay Idibia has opened up on why Tuface Idibia begged her to marry him.

In a revealing interview she granted Jara, a TV programme on Africa Magic channel on DSTV, the singer’s wife reconstructed the scenario of how Tuface proposed to her and why he chose her among the other women in his life. Hear her:

“He called me up one morning that I should meet him in Lagos so that we can hang out. He said his friends are around and they want to take us out. So, I agreed to see him. I remember it was a particular friend of ours that was around that day, although I would not like to mention his name.

“And when I got to Lagos that day, he was like ‘let’s go to the club.’ When we got to the club, the place was totally empty. Obviously confused, I asked him, “baby, what are we doing here, it’s empty” and before I turned back, my brothers and friends showed up. I was so perplexed that I had to ask what everybody was doing around there and they said they heard we were there and they came.

“Just about few minutes after, Tuface picked up the microphone and I thought he was going to do all the normal hypes he does when he goes to the club. But he shocked me. He started saying things about how I have always been there for him since day one. How I have sacrificed a lot for him. How I have cried and stood strong during his trying moments.

The truth is, he said so many things I can’t remember now. He said so many wonderful things that sent me into another world and I couldn’t even hear the other things he said.

“I didn’t even know when he walked up to me and he said “Please, will you marry me?” And I was like, “Can you imagine? What’s going on here?” he was saying so many things that I can’t even remember. It all blew my head.

“Although, it has not been easy since we had our traditional marriage. The truth is, it is not easy to be married to a superstar but I still live my normal life. Right now, I feel 24 hours is not enough for me because I have my husband, my daughter and myself to take care of. It has really been crazy and God knows I have been trying my best. I wish I have more time to handle all of this.

“Just because of the lack of time, I haven’t been able do my normal acting jobs. I would still go on to do it soon because my husband is very supportive of my career and everything I do. As a married woman, I would be more selective with the roles I take now. I would do away from controversial roles but that doesn't mean if I see a good story line I wouldn't do it.

“One of the reasons I would be careful with the roles I take up now is because I am married. And when you are married you have to be able to manage your career such that it won’t affect your home front. In any case, you need to learn some tips which will help you carry on in the marriage. But before that, you need to be sure that the man loves you as much as you love him.

Even if it is not as much as you love him, but be sure he loves you. You also need to be patient. Men are like babies and babies are very annoying. You need to scold them but you should pamper them more. You need to work on yourself so that you can be proud of yourself. Don’t fake anything.

“Very soon, Tuface and I plan to do our white wedding and you will all be invited and even though it will be something quiet. We don’t want to make too much noise about it. We just want a beautiful and memorable event.”