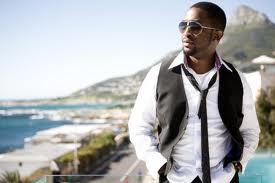 Africa’s king of RnB and co-owner of Soul Muzik Records, Darey Art Alade is set to give music lovers the ultimate Valentine experience this February.
The special Valentine concert titled “Love…Like a Movie” will hold on February 17, 2013 at the Convention Centre of Eko Hotel and Suites Victoria Island, Lagos.
Love…Like a Movie is a concert produced by Soul Muzik Records. This specially-designed event is also the maiden episode in the “Darey Presents…” series.

Darey
According to the singer/songwriter, Darey Art Alade, “We intend to create a magical experience that will stay with our fans for a lifetime. This concert is definitely one to watch out for as it is one of the very few concerts that will have a full display of exciting performance varieties interpreting powerful emotions, music, traditionally inspired dance/acrobatic performances and so many more.”

Headlined by award winning artiste, Darey, with support from his protégés, international returnees Mo’Eazy and Zaina, the event will feature some of the best theatrical performances ever witnessed in Nigerian concert history. Some of the biggest names in Nigeria as well as international artistes are expected to join him for the spectacular love concert.

Darey Art Alade, an apostle of love, with the biggest theme of his art revolving around love has over time warmed his way into the hearts of many within and outside the shores of the country with his exceptional vocal skills and charisma....