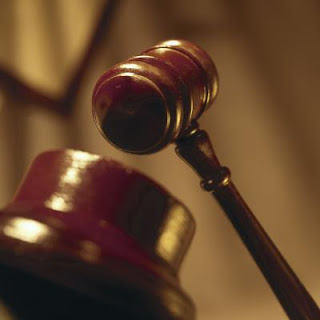 An Abuja Area Court sitting in Lugbe, Abuja, on Monday ordered a 16-year-old girl, Maryam Suleiman, and her parents to refund N570,000 to her husband, Mukailu Naibi, over a fraudulent marriage.

Delivering judgment in the case, the judge, Haruna Masanawa, ruled that Suleiman and her parents must refund the money to Naibi within 30 days. Masanawa also ordered that Naibi’s estranged wife, who had filed for divorce, must remain married to him pending the full refund of the amount.

"Based on the evidence before me, the court is convinced that the plaintiff’s parents are dubious people that no child should be proud of.

"They collected money from different suitors, all with the fraudulent intention of marrying their daughter out to them; all of which turned out to be fake promises. This honourable court hereby orders the plaintiff to pay the defendant the sum of N570,000 before divorce is granted to her,’’ Masanawa said.

Naibi of Keke village, Kaduna, whose wife allegedly starved him of sex for two years of their marriage, had demanded N1. 2 million as compensation from the wife’s parents before he would agree to his wife's request for divorce.

Naibi, 37, while testifying in the case, said the amount covered the bride price he paid before marrying Suleiman.

He told the court that the amount also covered the cost of damage done to his house after Suleiman set it on fire before filing for divorce.

Naibi tendered written documents with records of all expenses made on his estranged wife and her parents, in addition to presenting a witness who testified in his favour.
He told the court that his wife had refused to make love to him since they got married two years ago.

"Your worship, since we got married two years ago, my wife never allowed me to make love to her for once and all my attempts to do it always led to fighting. I married her out of love and I still love her, but with this development, I have no choice, but to ask the court to grant her divorce wish for the sake of peace,” Naibi said.

In her testimony, Suleiman said her husband had made love to her once but she was not impressed and so wanted divorce.