How Far Can The US Go On Boko Haram's Designation As FTO ?.


There have been serious arguments by some American scholars, the Christians Association of Nigeria and opinion leaders on why the United States should designate the entire Boko Haram as a Foreign Terrorists Organization {FTO}. Also, the federal government has been making several arguments on why such designation should not take place. Leadership's Bureau Chief in the United States, ABIODUN OLUWAROTIMI, writes on the arguments from both sides.

As the activities of Boko Haram, an Islamic Sect in Nigeria increase on daily basis, the federal government and the Christian Association of Nigeria have been thrown into a serious disagreement over calls on the United States government to designate the group as a Foreign Terrorists Organization {FTO}.

It would be recalled that more than twenty American Scholars had recently asked President Barrack Obama to designate the entire Boko Haram group as a Foreign Terrorist Organization.

In its part, the Department of State only listed three notable leaders of the Islamic Sect as foreign terrorists with a further explanation that the United States government would consult stakeholders to be able to know if the entire group should be named a foreign terrorists group.

In its argument, the federal government of Nigeria warned the United States against the planned designation of Boko Haram, saying that such act would not only internationalize the terrorist group but it would affect Nigerians that may want to visit the United States for official or personal reasons in the future.

The federal government further argued that the designation of Boko Haram as a foreign terrorists organization {FTO} would amount to returning Nigeria and its citizens back to the United States' watchlist.

It would be recalled that the State Department had in December 2009 put Nigerians on its terror watchlist shortly after the failed attempt by a Nigerian, Farouk Abdulmutalab to bomb a Detroit-bound airline, an incident that happened on the 25th of December, 2009.

However, Nigeria was removed from the terror watchlist of the United States sometimes in 2010 after a constructive argument was made on behalf of the Nigerian government to the United States President, Barrack Obama, by the Nigeria's Envoy to the country, Prof. Adebowale Adefuye just as he assumed duties then...... 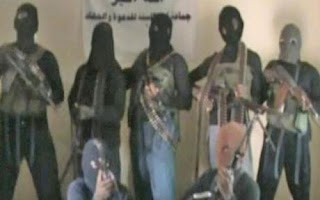 Prof. Adefuye clearly told a delegation of the Christians group that visited his office in Washington DC last week that to declare Boko Haram a foreign terrorist organization would be almost an admission to the Americans that Nigeria is not able to deal with Boko Haram, whereas the government had been able to deal with the much more serious and more threatening, more dangerous insurrection like the Niger-Delta.

"These are people who have a reason, they have a cause and Nigeria was able to deal with Niger-Delta. We were able to do the amnesty program and that has more or less taken out the steam out of Niger-Delta. But then, the point why I don’t want America itself to declare Boko Haram as a Foreign Terrorist Organization (FTO) is because it will be working even against the interest of Americans"

He pressed further that there was no point in declaring Boko Haram a Foreign Terrorists Organization, stressing that an FTO has a number of negative implications on Nigeria.

His words: "one, it means Nigeria is not able to deal with it, so the international community has to dealt with it, it’s a way of internationalizing the conflict. Two, by the time the only superpower in the World, the US declares them an FTO, it is giving them some added importance, it’s a shot in their arm. It will add to their prestige among fellow terrorist organizations who will then be inclined to help them, to support them, to give them a bigger than life attitude. Three, for us, America and Nigeria, we are cooperating in the area of foreign direct investment to Nigeria, if you now declare Boko Haram an FTO, it means Nigeria is a territory inhabited by terrorists. Every investor will think twice before going to a territory inhabited by terrorists"

"If we declare them an FTO, there are too many negative implications, that means it’s not in America’s interest. That’s why I keep telling the Senators because I’ve been going around members of Senate, members of House of Representatives. It’s the Republicans who are trying to push this bill through and I met a bunch of them two days ago. What I told them was that it is not even in your interest, illogical for you to declare Boko Haram an FTO"

In his reactions to the Ambassador's argument, CANAN Executive Director, Pastor Laolu Akande explained that based on academic researches and studies conducted on the connection between terrorism and foreign direct investment, including one by the Asia Development Bank, the designation of Boko Haram as an FTO by the US will not necessarily influence investors from coming to Nigeria.

Quoting a United Nations report on the subject, Akande said terrorism was number 7 concern of foreign investors generally, adding that “investors will go for profit wherever they can find it, even if it is in the mouth of a lion.”

In an earlier press conference at the National Press Club in Washington DC, the US Chapter of the Christian Association of Nigeria (CANAN) noted that the designation of Boko Haram as an FTO would send a serious signal to the political and financial backers of the group, who currently enjoy complete impunity not merely from the government of Nigeria but also from the international community including the United States.

The Chairman of the Christian group, Dr. James Fadele, who addressed the press briefing, said that the there was an urgent need for the designation because the group is sustained by the procurement of unbelievable amounts of heavy arms and weapons, clearly transported from country to country and certainly funded by some fat pockets. “It is in fact critical for a critical investigation into likely backers of Boko Haram both in Nigeria and outside” he noted.

He continued that if and when Boko Haram is designated as an FTO, all their top political backers would understand that the stakes are higher and they would face a wider net of justice, stressing that this action in turn would likely curtail them from funding the terrorists group.

His words: CANAN said: “We support the call by a number of Republican members of Congress, including Representative Peter King of New York, to designate Boko Haram an FTO”

Challenging the administration of President Goodluck Jonathan over the designation of Boko Haram, CANAN said that the federal government had given a very confusing response on the FTO issue due to its need to avoid embarrassment and affirm the sovereignty of Nigeria.

It also noted that the Nigerian government is no longer capable by itself alone to effectively check Boko Haram without some drastic international help including the designation of the terrorist group as a Foreign Terrorists Organization by the United States government.

Just two days ago, the National President of CAN, Pastor Ayo Oritsejafor, who was speaking at the National Executive Council meeting of the association in Akwa, Anambra state urged the Federal Government of Nigeria to support calls on the United States government to name the entire Boko Haram as a foreign terrorist group.