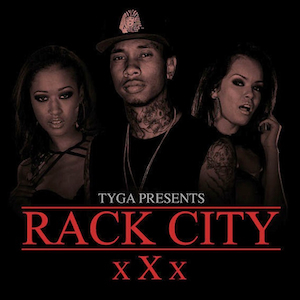 “This movie really takes ‘Rack City,’ the song that I made, into the world of triple-X film,” he tells the website. “It’s a real movie that people will enjoy, and I’m proud of it.”

“A lot of people are gonna be interested in it and of course girls are gonna want to see it,” he adds. “They might think I’m in it [having sex], they want to see me in it, so it’s going to really catch a lot of eyes. I think it’s also going to draw a whole other fan base that isn’t familiar with me too.”

So, does this mean that Tyga will quit rapping and move into adult films? ”I look at it right now as a hobby, but I’m into it right now so I feel like I’m really doing it for fun, but at the same time I really want to make it right,” he says. “I’m not just bulls—ing my way through this. Anything I attach myself to I want it to be high quality. I feel like regardless we put a good project together.”