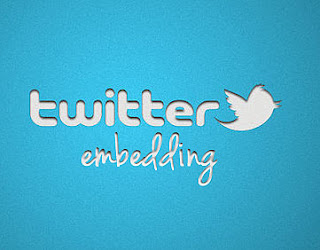 Twitter is making it easier to display, embed, and interact with tweets in blog posts and websites. The ability to plant a whole Twitter stream has been around for a while, but the new “embedded timelines are built on a new infrastructure” that’s more Web friendly, reports say.

The stream of tweets can be selected by hashtag, handle, favourites, lists, and more, and the display customized by height, size, and colour.

Twitter’s recently been upsetting partners who use its API with the limits and restrictions it has planned. This embedded Twitter stream however is “not subject to traditional Twitter API rate limits,” Twitter notes in its Developers Blog, and also that the stream is “designed to scale with your site as your traffic and audience grows.”


Twitter widgets have been a part of the microblogging site since its inception. These are used on many sites, usually on the sidebar to display tweets. But responding to these tweets requires the user to navigate away from the page to Twitter and then post. This is about to change with Twitter launching a new HTML widget with great features.

By embedding this new widget into a website, users can access a miniature version of Twitter there and then. The new widget includes a scrollable interactive timeline which not just displays tweets, but also gives the option to respond to them via the widget. Retweets and favourites also come as part of the upgrade besides allowing photos and images to be displayed through click-to-expand. Users can also pull tweets related to a specific hashtag or from a list and display them through the widget, rather than pulling tweets only from a given account.

This is how Twitter's website describes the new feature:

With one line of HTML you can deliver any account's Tweets, favorites, a list, search query or #hashtag directly to your website. Embedded timelines are interactive, enabling visitors to reply, retweet and favorite Tweets, follow your accounts, and Tweet directly to you all without leaving the page. The auto-expand photos option brings the photo front and center in the timeline, and you can expand Tweets just like you would on twitter.com to see cards, and retweet and favorites counts. These new tools are built specifically for the web: they load fast, scale with your traffic as your audience grows, update in real-time, and work great in modern, legacy, and mobile browsers.