Wizkid Collaborates With Another International Star. 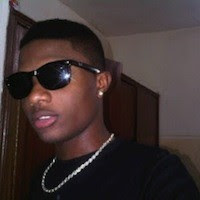 After recently hitting the studios with Young Jeezy, The Game and Maybach Music's Wale, Nigerian pop sensation Wizkid is collaborating with Canadian rapper and record producer Kardinal Offishall.
This was revealed by Kardinal on the social media platform, Twitter "Yup. In studio with @wizkidayo over at deez Konvict studios....ooowweeeee.....sounding like Magic doa..shout out to T-Mah', he wrote.
Kardinal Offishall is signed to Akon's Konvict Music with distribution under KON Live. Wizkid is also signed to EME music and Konvict Music.
Offishal is set to release his 5th album, Mr. International in 2012.
Posted by Unknown at 14:12