Chris Brown To Star In Battle Of The Year 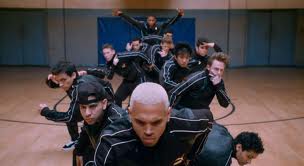 Chris Brown has been having some great success on the big screen lately..The R&B star has already acquired roles in popular film such as Takers along with Think Like A Man.
Now with 2013, Chris Brown is set to star in "Battle Of The Year", a 3-ddd film. The film surrounds Chris Breezy along with characters who portray an all star dance team that takes their dream to new heights.

Summary From Sony Pictures:
Battle Of The Year stars Josh Holloway, Chris Brown, Laz Alonso and Josh Peck.
Battle of the year is the Olympics of break dancing, a tournament held every year that attracts all the best teams from around the world, but the Americans haven't won in fifteen years. Los Angeles Hip Hop Mogul and former B-Boy Dante(Alonso) wants to put the country that started the sport back on top. He enlists his hard luck friend Blake(Holloway), who was a championship basketball coach, to coach his team. Armed with the theory that the right coach can make any team champions, they assemble a Dream team of all the best B-Boys across the country. With only three months until battle of the year, Blake has to use every tactic he knows to get twelve talented individuals to come together as a team if they are going to bring the Trophy back to America where it started......Inspired by the actual World Championship held yearly in France....
Posted by Unknown at 03:28